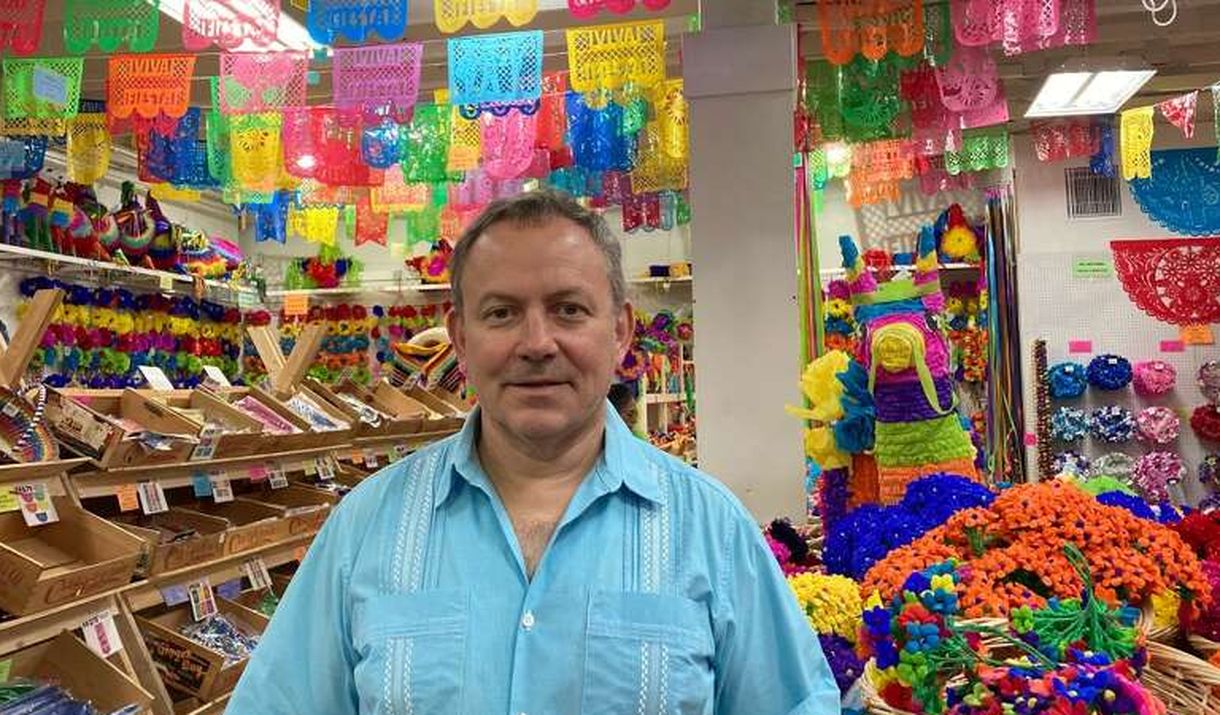 While Fiesta is all fun and games, the preparation that goes into the 10-day party is serious stuff. Time off work is requested, party groups are assembled, wardrobes are laid out, and Amols' Party and Fiesta Supplies trips tops the errands lists. For more than 70 years, the San Antonio-owned and family- operated party mecca has served as a source for all thing Fiesta.

But for the last two years, San Antonio has been in a Fiesta flux due to the COVID-19 pandemic. It took hold of the city weeks before the 2020 celebration was set to take place. City leaders initially postponed the event to the fall before it was canceled altogether as the threat of transmission persisted. For the first time ever, Fiesta took place in June instead of its usual spring schedule in 2021. Even at that, the party was smaller than usual, with many headliner parties sitting out. This year, the full-scale Fiesta is taking place and Amols' remains part of the time-honored tradition of stocking up on coronas, hats, sashes, and more.

You know it's Fiesta time in San Antonio when the Amols' parking lot looks like a Black Friday scene. Owner Jeffrey Weiss, the grandson of founder Julian Amols, says Fiesta hype is starting to look like pre-pandemic times. Weiss, who's been at the helm of the store for 31 years, says the real gauge of anticipation will happen in about two weeks, but things are looking good. "I can say it's been very nice so far. It's nice to see some sense of a return to pre-COVID business activity" he tells MySA. "We have not seen this since 2019. I'm really happy with what I see so far."

We tapped the Fiesta expert for few party-themed questions.

What's the Fiesta food you'll spend all of your tickets on?

What did you miss the most about Fiesta over the last two years?

Eating the food and missing the spirit, seriously. Every April, there's a feeling in the air in San Antonio. It's electric, it's exciting, it's colorful. You can't put it into words, but there's definitely a feeling and I definitely missed that. It's like when you feel like it's Christmas time. Going through the April (without Fiesta), that was just awful to have nothing going on.

What's your biggest piece of advice for new Fiesta-goers?

Go seek and explore the smaller events that don't get as much hype. There are some really cool ones. And that's good advice for people who've lived here forever, too. If you ever just actually go down and look at that list of all the events, I bet there are some you've never heard of. Sometimes we'll go do a few of those and it's really pretty cool.

My favorite Fiesta memory was watching my grandfather, the founder of the company. He was Shriner, so he was a clown in the parade when I was a kid. I would go and watch him and wait for him to pass by us. That was really exciting for us all when we were young, just waiting to see our grandfather in his clown makeup and outfit.