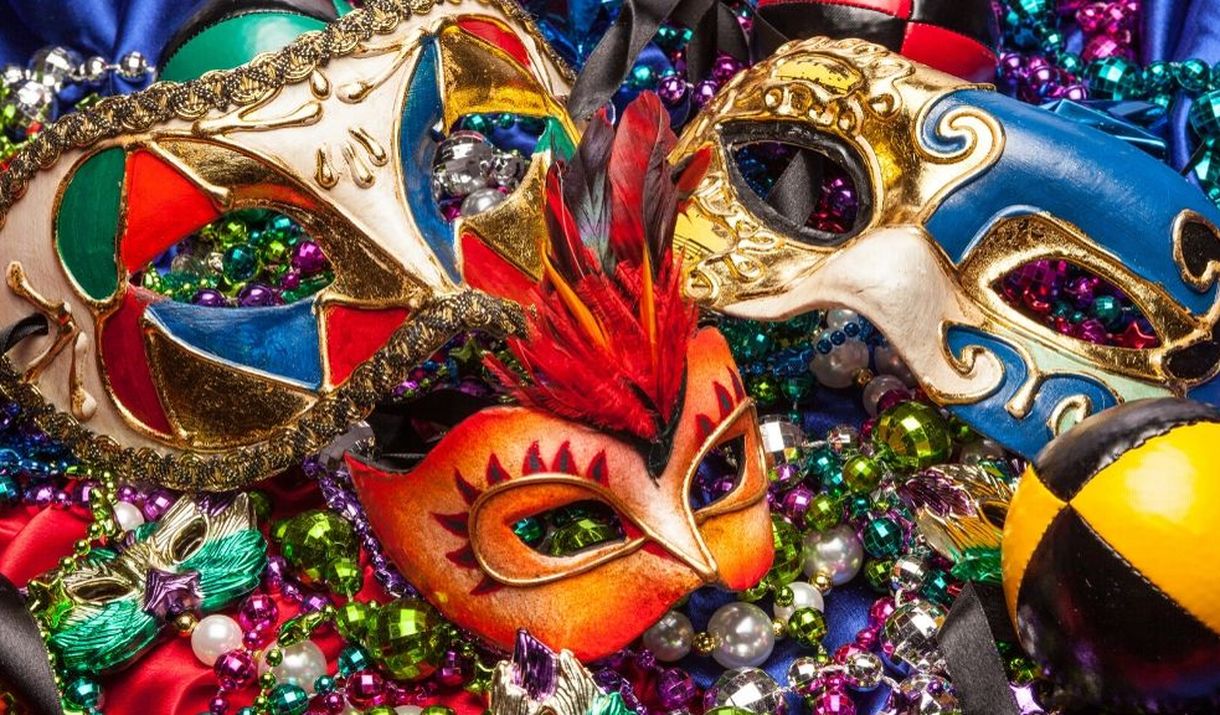 How Mardi Gras is Celebrated Around the World

All around the world, Mardi Gras is synonymous with partying and excess, and each country that celebrates it does it differently. While many of the same elements appear in different celebrations, like decorative masks, parades, and revelry, each country puts their own twist on the celebration.

Mardi Gras is the last day of the season known as Carnival. Specifically, Carnival is the period between Epiphany and Lent on the Roman Catholic calendar. The holiday is a religious holiday, so you will only find this kind of celebration in predominantly Christian countries. Carnival, the word, is derived from the Latin, carne levare, meaning “goodbye meat” or “meat be gone.” It is named this because during the forty days of Lent, no meat is eaten on Fridays. It is considered a time of sacrifice and restraint in the lead-up to Easter and the coming spring.

Mardi Gras, translated from French, means Fat Tuesday, the day right before Ash Wednesday and the period of fasting during Lent. People take the opportunity to overindulge on Fat Tuesday, to fatten up before the coming lean days. Large, calorie-rich meals are devoured, alcohol is consumed, and delicious sweets and confections are eaten to excess. How Mardi Gras is celebrated around the world depends on the country. Use this list as a guide and visit them all.

Mardi Gras in Canada, as you might expect, is a lot like the celebration in New Orleans. They parade large floats down the street, toss beads, and blast jazz music from every bar and nightclub. But there is a decidedly Canadian twist to their party, as there should be. There is a canoe race along the St. Lawrence River that is overseen by a snowman mascot called Bonhomme. He lives in an ice palace that is built every year especially for him. Canadians drink a specialty concoction called the Caribou, a mixture of red wine, hard liquor, and maple syrup, while munching on Beaver Tails, their special Mardi Gras pastry. Those are probably the most Canadian names ever given to anything food-related.

Venice is home to one of the oldest Mardi Gras celebrations. The Venetian celebration is all about elaborate masks and mystery. The city sparkles with colorful lights and people fill the streets in search of food, drink, and mischief. There are dozens of masquerade balls during Mardi Gras where the celebrants wear black ties and beautiful gowns. Venetian people view the celebration as a time to be yourself because your identity is safe behind the decorative mask. Mulled wine and tiny, crème-filled doughnuts called Castagnoli are abundant, along with hearty servings of lasagna and bowls of rich pasta. Hope you’re hungry.

The Bavarian Fastnacht season starts November 11 at 11:11, culminating with a gigantic party on Mardi Gras. Cologne boasts the country’s largest parade, attended by 1 million people annually. It is preceded by Women’s Carnival, which is a time marked by mischief and flirting. Women will approach men, cut off their ties, and give them a peck on the cheek. Shrove (Fat) Tuesday in Germany is marked by setting alight a straw man in a symbolic burning of the sins committed during Carnival. Most of the straw men are made, dressed, and on display outside the pubs, awaiting their doom.

The Portuguese brought Mardi Gras to Brazil in the early part of the nineteenth century, and it has grown into the largest celebration in the world. The week-long party in Rio is filled with samba music on the streets, elaborate costumes, pageantry, and the traditional election of the Mardi Gras King. The most cherished tradition among the Brazilians is the samba parade. It’s a marvelous spectacle of dance, color, and sound that lasts for hours. Every samba school has a theme and tries to outdo the others with their unique dances, decadent floats, and intricate costumes. Drinking, dancing, and eating street food take place all week with revelers munching on cassava fries, meat on a stick, and pao quiejo, a Brazilian cheese bread.

There are many celebrations throughout Belgium, but Binche has the most famous. The festivities here date back to the fourteenth century. Masked Binche-born performers, known as Gilles, wear wooden clogs and brightly colored costumes and bound through the streets waving brooms. They throw oranges to the crowd in a symbolic display of the coming of spring—and catching one will bring good fortune. It is an honor to be a Gille, and the men spend a lot of money on their costumes and time organizing the event in secret. The traditional breakfast in Binche during this time consists of champagne and oysters, a staple of the Belgian people.

In the US, New Orleans, Louisiana, is home to the rowdiest, most famous Mardi Gras party in the world. Every year over one million people head to New Orleans, loaded up with Mardi Gras party supplies, ready to throw beads, wear masks, and have a good time. It is a true festival of unbridled excess and avarice that ranks among the world’s most decadent. Dating back to the 1730s, Mardi Gras in NOLA has transformed from high-society balls and galas to the street celebration we see today. In 1872 a new tradition was born: Rex, the King of Carnival. He was adorned with his own color scheme—green for faith, gold for power, and purple for justice, and those colors are still the official colors of Mardi Gras to this day. Rex’s proclamation invites his subjects to the grand celebration of Carnival, and his song “If I Ever Cease to Love,” the official song of Mardi Gras, is played in the first Rex parade. Rex and his queen preside over the Rex Ball, the glittering, gilded conclusion of Mardi Gras. There is more to the celebration in New Orleans than eating and drinking too much, even though they are a big part of the celebration. Tradition and ceremony are weaved all through the party, and that’s what makes it great.