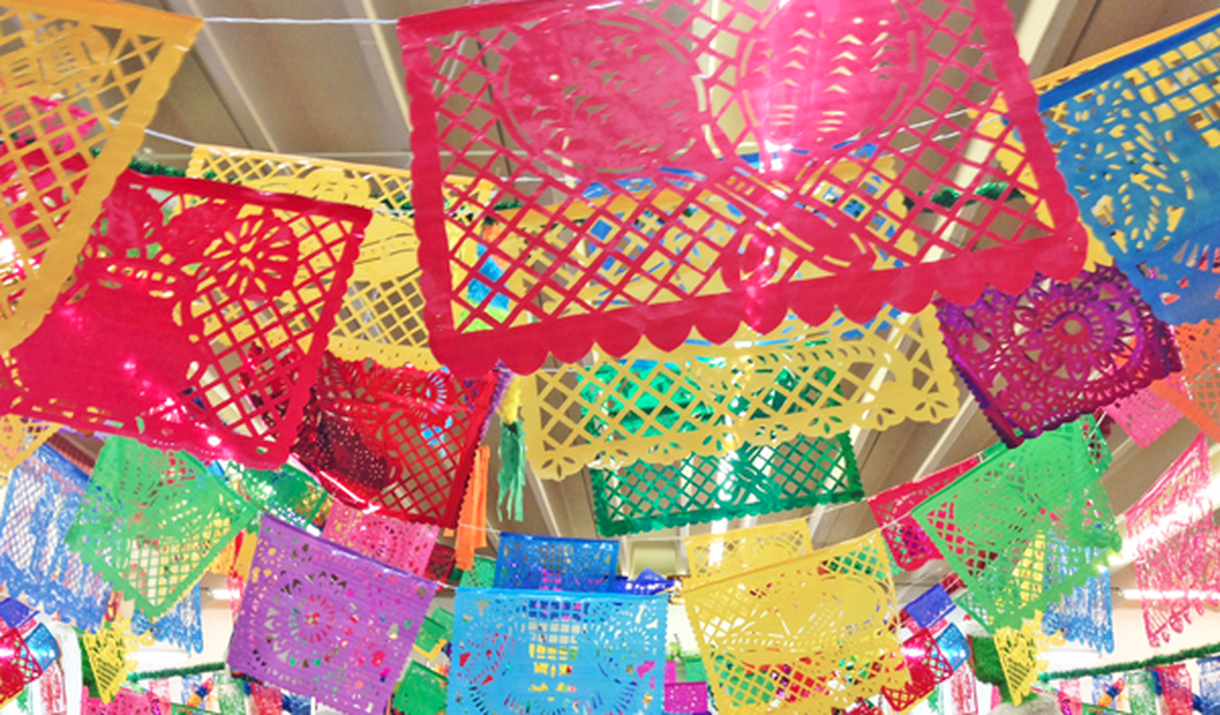 Beautiful Papel Picado banners can brighten up any celebration. The origins and history of this art form is as beautiful as the hand-cut designs that adorn the panels.

Papel picado, which translates into "chopped" or "punched" paper, are beautiful banners made out of paper or plastic panels that are cut with intricate designs. These decorations can be used for virtually any celebration and are also frequently used as decorative home accents pieces.

It is widely believed that the Aztecs began this tradition by using a bark to create religious works of art. The pieces originally created by the Aztecs may have resembled sculptures that inspired future generations to create the modern hanging banner.

Legend has it that the modern paper decoration was created in the state of Puebla in Mexico, in a town called San Salvador Huixcolotla, where it was originally created to decorate altars and celebrations for the Day of the Dead or Dia de los Muertos. Huixcolotla prides itself as the birthplace of papel picado.  Today, there are dozens of artists who create these decorations, many of whom have had this skill passed down to them by family members for generations.

Initially, the artists in Huixcolotla used scissors to create the designs and patterns in the tissue paper. As time went on, they discovered that chisels were a better tool to create more intricate designs.  The artists sketch a design, usually by hand, to be used as a template and then stack several sheets of tissue paper beneath the template. They then chisel several panels at once, which allows them to produce a far greater quantity of banners than if they cut out each sheet with a scissor.

Throughout the mid 1900’s, the popularity of papel picado banners spread from Huixolotla to Mexico City and beyond. In addition to decorating for Dia de los Muertos, they began appearing above the streets for all types of city-wide festivals, and holidays. As time went on, papel picado banners were incorporated into weddings, birthday parties, and just about any type of celebration or event.  Today, they can be found in many parts of the world, adding color and joy to festivities.